For the love of our constitution. In case you haven’t noticed some of the basic principles upon which our criminal justice system is based and protected by the constitution, have been under attack recently. The concept of innocent until proven guilty has been a mainstay of the American criminal justice system for as long as America has been. The fact is, as that it is one of the founding principles, one of the things we hold most dear, one of the things that as an attorney we recognize and hold high. How has that attack taken place?

During recent debates about the supreme court nomination and throughout several political debates over the recent years, we’ve heard our leaders (political leaders) make statements like, “Because a victim or a survivor comes forward, they are worthy of belief and credible, and therefore they should be believed without testing”. That undermines that basic principle of innocence until proven guilty. Everyone is entitled to a defense in a courtroom and that is why we do not try cases in the court of public opinion. That’s why we have courtrooms across this great country of ours.

So, what do we do? How do we protect this basic right, this basic principle of criminal justice? Well, we stand against it, where we find that it’s under attack. The recent nomination and debate is just one area where you can see this attack taking place. Look to New York, and its higher education law and you will find that the attack is well underway.

In New York, the penal law says consent is defined by the concept of “no means no”. If a person is told “no” or is given an indication that the other party is not consenting to sexual conduct and they stop. At that moment, the law says that they have not committed a sexual assault. That’s the penal law, but what of the higher education law? The higher education law is vastly different than that. New York has had a debate about going to the concept of “yes means yes”, meaning that one would have to show that they had consent before moving on to any sexual conduct. So it has to be affirmative consent instead of the opposite of negative consent.

Here’s the problem with that particular approach. It shifts the burden of proof to the defendant, again innocent until proven guilty. The burden of proof beyond reasonable doubt is upon the government, not upon the defendant. The defense has no burden under our system of laws. If “yes means yes” were to become law, a simple accusation of lack of consent would then shift the burden to the defendant to say that they, in fact, did have consent. A simple conclusory statement by the accused stating that they never gave consent would be enough to shift that burden away from the government onto any defended.

The higher education law is where the attack began because it did not receive the required support to be passed in the New York legislature under the penal law. There’s a little know section that was put into higher education law, which requires every college recognized within the state of New York to place within their student handbook a definition of consent. Which is unlike the penal law, instead it’s “yes means yes”.

So, if you’re a student on campus or even in attendance living off-campus, you are now subject to a different law than the populous at large. You must be able to show upon being accused that you had affirmative consent to engage in the sexual act that you engaged in. The burden of proof is upon you, it is not upon the accuser. It is upon you to prove your innocence. 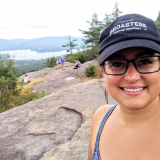